Sketches from the war

Some years ago an exhibition at the Headstone Manor asked for memories of the Second World War. Local amatuer artist Alan Lawrence, who grew up in the part of Hawkins Crescent that is now called Ford Close, made this wonderful contribution.  They capture the 'everyday-ness' of what was an amazing time and give a real sense of the Honeybun in those days.

The man wearing the gas mask is Mr Mulford, the local Air-raid Warden.  He lived at 27 Hawkins Crecent which is the house in the beside the 'cricket match'. 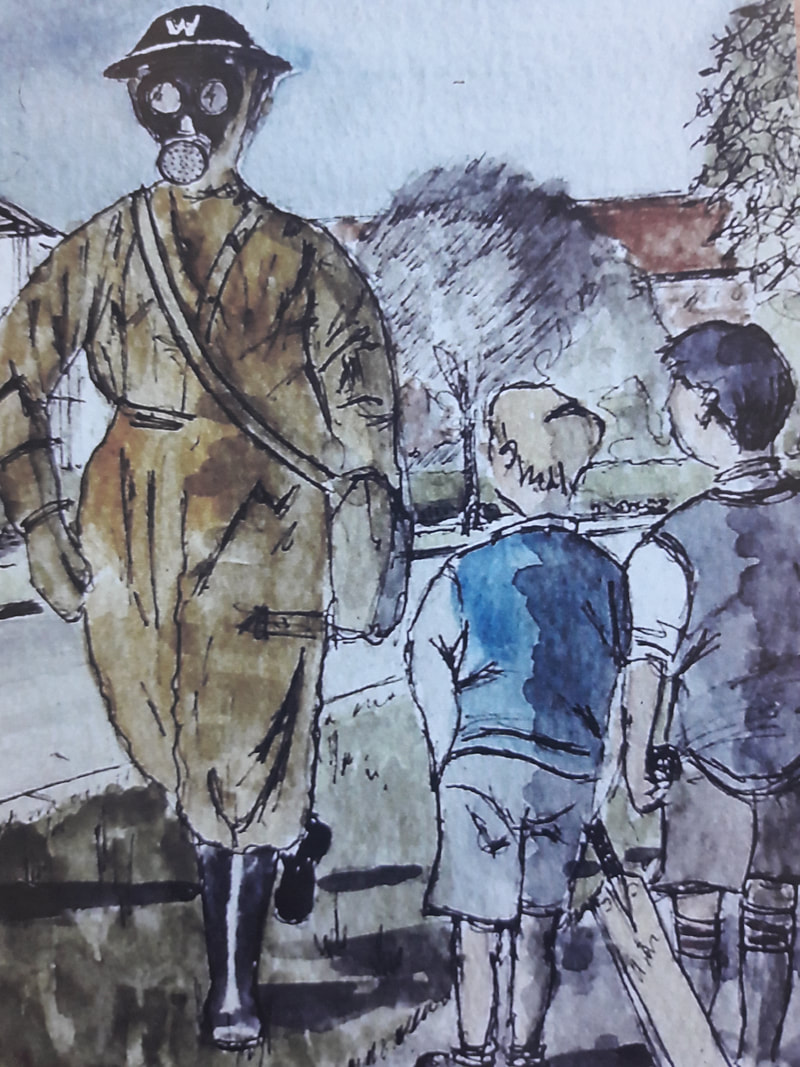 The brick building, used as the wicket, was an Air-raid Shelter and in the centre you can see a wartime version of food recycling! 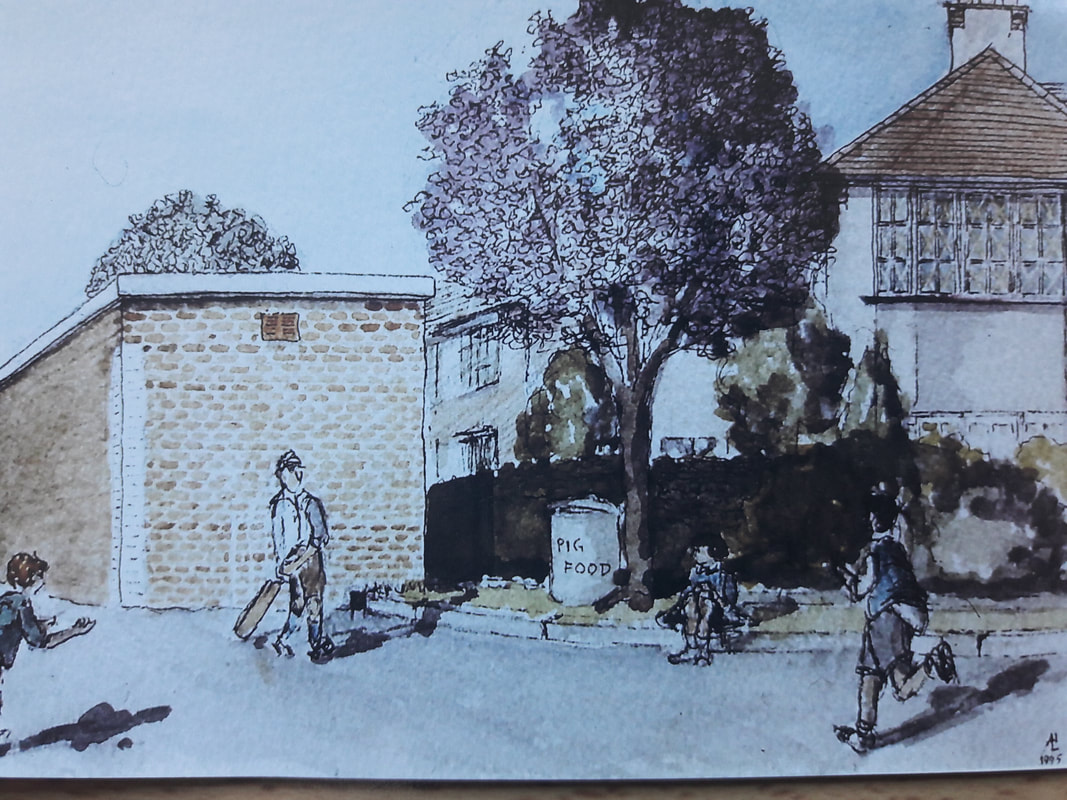 The group of men in uniform are Italian prisoners of war.  They helped with manual labour, mostly on allotments, and were probably from the POW camp in Rayners Lane.  Their uniforms had large coloured patches sewn on them so they could be easily identified - just in case they tried to escape.  The houses behind them are what was the old Ford Close, with another air-raid shelter further down.  This is more-or-less where the modern Ford Close branches off in to the car-park and runs down to the larger blocks of flats. 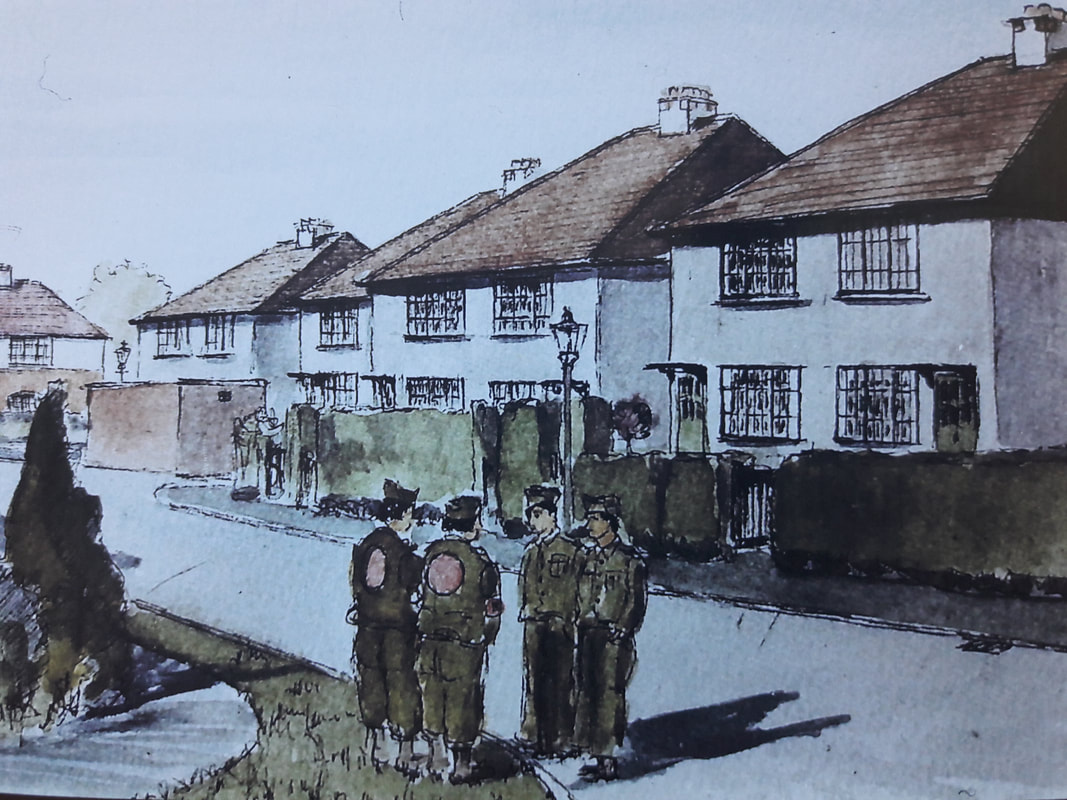 'This final drawing is from the back bedroom window of the artist's home, looking up towards the Hill.  The red glow in the sky is London burning during the Blitz.  Hard to imagine nowadays when you look up at that oh so familiar, peaceful, unchanging view. 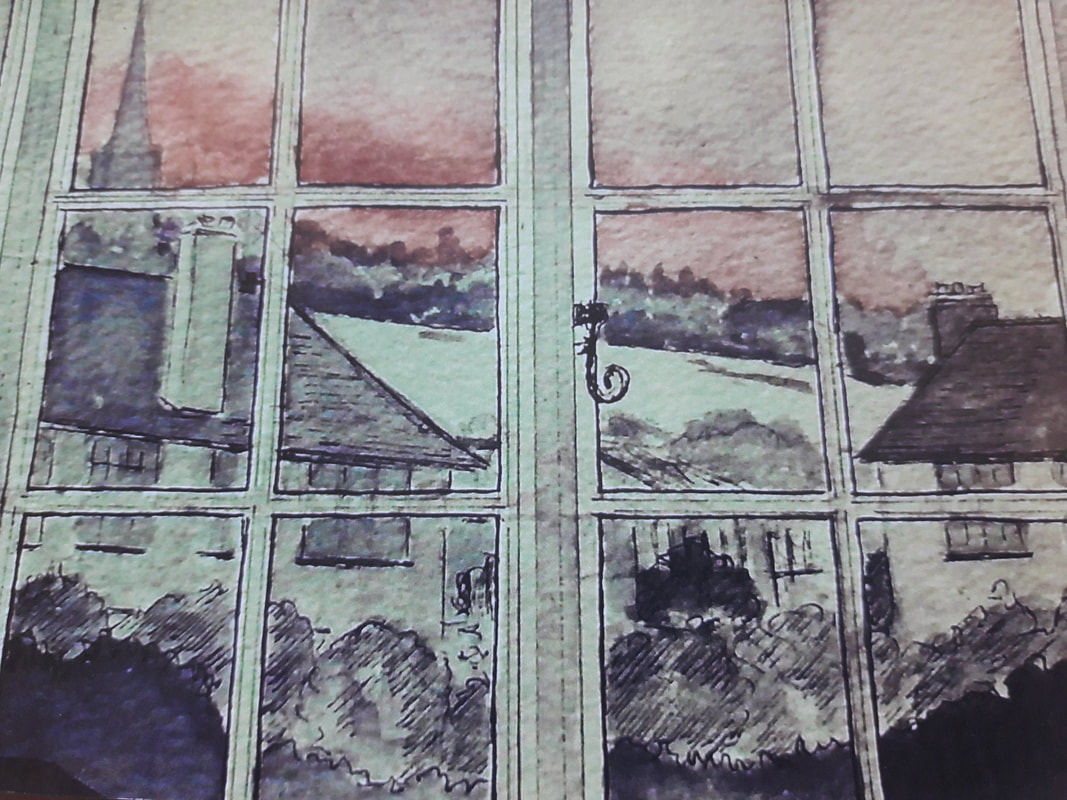 Many thanks to Mr Lawrence for sharing these with us.
Powered by